Multiple Ironman finisher Coach Angy has competed in triathlons since 2003. She has finished numerous sprint, olympic, and half-ironman distance races.  As well as many 5ks, 10ks, half marathons, and swim races like the Cap2k and Alcatraz Challenge. She coaches all levels of athletes competing in various distances.  Some of her athletes include Ironman and Half Ironman finishers, two Boston qualifiers, and many age group podium finishers.

Coach Angy has been a USAT coach since 2011 and is a USAT Level II Endurance as well as Youth & Junior coach. She is also an ASCA and USA Cycling certified coach. Coach Angy’s athletes have achieved many podium finishes for various triathlon distances. She’s had first time IM finishers with strong times and multiple Boston Marathon qualifiers.  Coaching and triathlons are two of her greatest passions in life.

Coach Angy has studied under USAT Level III coaches. She takes this passion of teaching from her mentors and offers coach to coach mentorships.

“No great goal was ever easily achieved.” ― Margaret Thatcher

“I am building a fire, and every day I train, I add more fuel. At just the right moment, I light the match.” — Mia Hamm 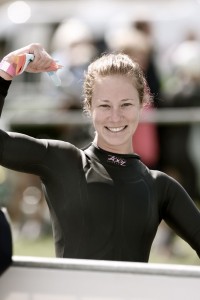